Visit The Grand Egyptian Museum in 2023

The Grand Egyptian Museum will open in 2023 after 20 years of labour and almost $1 billion. The final date of the opening is yet to be announced by the Egyptian government and it is expected to be one of the top events of the year. The Grand Egyptian Museum was founded to house the treasures of ancient Egyptian artefacts and be the largest of its kind in the world. The old Egyptian museum in Cairo’s Tahrir Square, which had a long history of housing the treasures of ancient Egypt, was built due to its capacity limitations. Strategically, the new museum is situated just over a mile from the Sphinx and the Giza pyramids. Since the new structure is precisely aligned with the lines of the Pyramids, this location was chosen primarily to create harmony between the present and the past as well as to offer a unique experience for tourists and visitors who can access various sights within a short distance.

The GEM is planned to serve as a museum as well as a cultural and tourism complex. The structure will include boutiques, eateries, a meeting centre, and a movie theatre. The goal is to help revitalise Egyptian tourism, a crucial sector of the economy. Six million people a year are expected to visit the new museum, and they will be able to see the Giza pyramids as well with only one ticket.

Heneghan Peng, a Dublin-based architect firm, presented the winning offer in 2003 after a UNESCO-sponsored contest received over 1500 responses. Work got going immediately but was interrupted multiple times, most notably by the Covid-19 outbreak and the 2011 revolution.

The building will soon be delivered by the Egyptian authorities. The final cost is expected to be around twice the original budget. It has been built to reflect the magnificent ancient civilization, making it a monument that even the pharaohs would be proud of.

The Design of the Grand Egyptian Museum

The magnificent alabaster structure spreads out behind the pyramids, a half-hour drive from the city’s centre. The structure itself blends with the desolate setting. The exterior, which is three floors high, is embellished with Egyptian-inspired pyramidal patterns. There will be 24,000 m2 of display area within the museum, which is equivalent to six football fields. The vast collection of artefacts hosts some ancient Egyptian gems that have never been viewed by the general public. A 12 m tall statue of King Ramses II welcomes tourists as soon as they approach the museum. If you look up, you’ll see the grand staircase that ascends to a massive glass lobby and is flanked by 60 sculptures. The three Giza pyramids are seen from there in an unrivalled panorama. Because of the level difference between the plateau and the surrounding plain, the layout and placement of the museum added a new ‘edge’ to the terrain. This new edge is defined by a large transparent stone front that alters its appearance depending on the time of day. The structure of the design was determined by a series of visual axes that extended from the site towards the three pyramids that were located in the surrounding area.

The architectural company aimed to convey the museum’s distinctive topography to visitors and provide them with “layered” experiences as they walked around the building, which was the overarching goal of the museum’s basic design concept. Therefore, while entering the museum, each visitor makes their way via a magnificent court, which is followed by a covered entry area and a grand staircase that leads up to the plateau level, which is where all of the galleries are situated. When visitors reach that plateau level, they will be able to look out from within the museum and view the pyramids.

The Largest Egyptology Museum in the World

What does the Grand Egyptian Museum contain?

The museum’s collection has approximately 100,000 artefacts, which are presented in 12 exhibition rooms covering 484,000 square feet of floor area. Around 18,000 unique antiquities collections (including almost 5000 in the Tutankhamun galleries and over 13,000 in the other galleries).

The Grand Egyptian Museum will include permanent displays for half of its items. The other half will be preserved in storage and repaired and examined there at a sizable research centre with 17 enormous, state-of-the-art restoration labs. 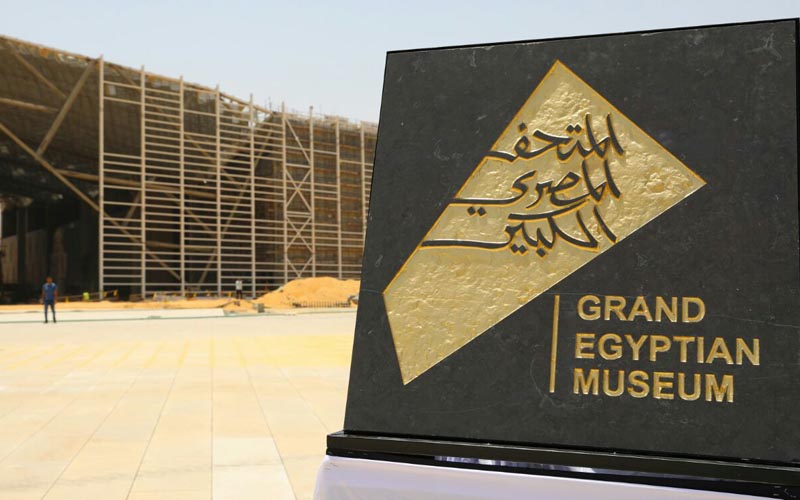 Cairo International Airport is the closest airport which is almost 1 and half-hour journey from the location. There are also plans to expand to nearby Sphinx International Airport which is a half hour away from the museum and the Pyramids of Giza. This location is ideal for tourists who want to book a one or two days Cairo tour and gain the most from a short visit to Egypt.

The precise day on which the Grand Egyptian Museum will welcome visitors is all that is left to be determined. Numerous dates have been speculated about but not proven. The start of the opening ceremonies is expected to be magnificent.

What other activities in you can do If you visit the Grand Egyptian Museum?

There are several things you can enjoy while you visit the museum including visiting the Great Pyramids, the Sphinx, and the Pyramids of Saqqara day tour. You can also enjoy a safari trip to the nearby dunes of Fayyoum Oasis and have a sandboarding experience. Additionally, you can book a Skydiving over the Pyramids or Paragliding experience which is considered one of the most unique activities in Egypt.

Is it possible to visit the Grand Egyptian Museum?

How much does it cost to visit the Grand Egyptian Museum?

The ticket costs are not realised yet and there will be one ticket to visit the GEM, the Pyramids of Giza and the Sphinx. There is also information from officials that the tickets will vary depending on the number of days as well as there will be discounts for students and people with special needs. There will be different admission tickets for guided tours and virtual reality.

Has the Great Egyptian Museum opened?

The museum will be open in 2023 after the finishing of the displays and technical setups. There are special visits and events hosted by the museum recently. 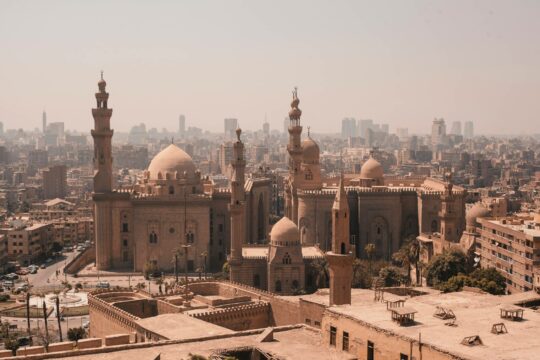 Experience the Best Cairo Tour with These Tips

Cairo is an ancient city full of ancient Egyptian history, culture, and attractions. A tour of Cairo is a fantastic way to explore this vibrant city and discover its many 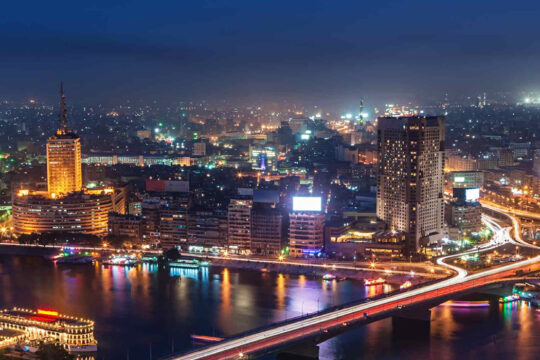 Getting the Most of Egypt with a Travel Agency

Egypt is a fascinating country full of ancient monuments, iconic landmarks, and exciting activities, making it the perfect destination for an unforgettable vacation. To make the most of your time 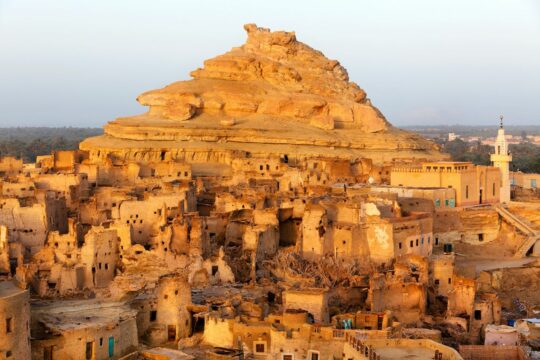 Visit Siwa Oasia – Explore The Nature, The Activities and History!

In the middle of the Sahara desert, the Siwa Oasis is one of Egypt’s most remote locations and a hidden gem. It can be reached from the coastal city of